Neal Schaffer is a recognized leader in the world of business social media. 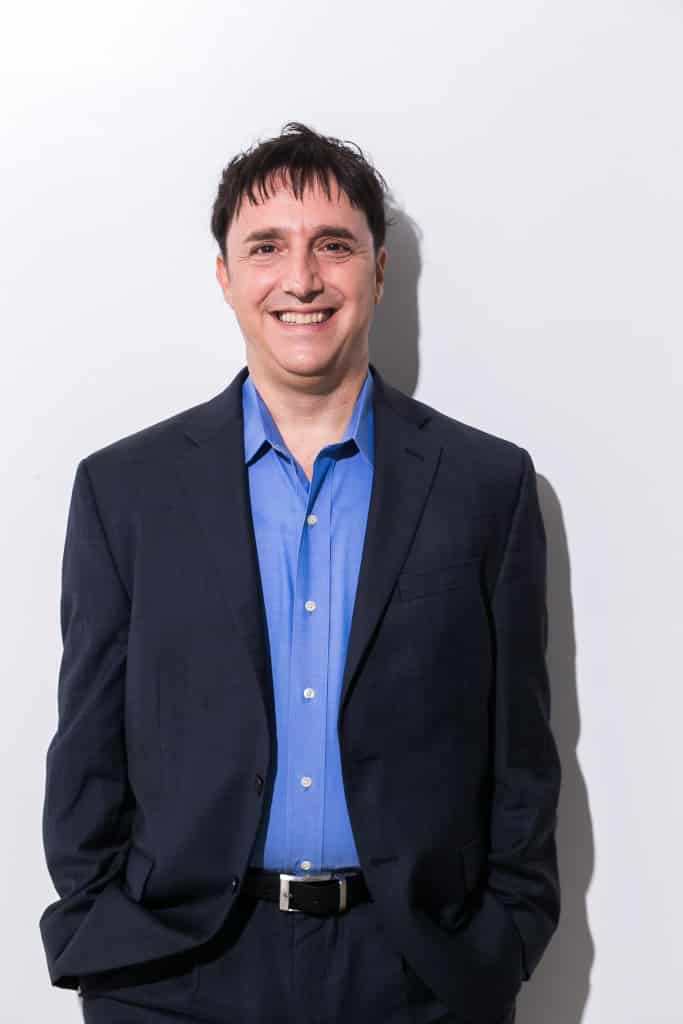 In addition to be named one of marketing’s ten biggest thought leaders by CMO.com,  Neal has also been recognized as a Forbes Top 50 Social Media Power Influencer two years in a row as well as a Forbes Top 5 Social Sales Influencer.

Neal is co-founder of the social media industry’s definitive social media conference, the Social Tools Summit. He will also soon launch his newest venture, the Social Media Center of Excellence, to build and educate a community surrounding best practices in using social media for business.

In addition to the above, Neal is creator of the leading social media for business blog Maximize Social Business, a global social media speaker who has spoken on three continents, and faculty member of the Rutgers University Business School Mini Social Media MBA Program.

As an author, Neal is best known for his definitive book on social media strategy creation, implementation, and optimization “Maximize Your Social: A One-Stop Guide to Building a Social Media Strategy for Marketing and Business Success” (Wiley)  but has also published two other award-winning and critically acclaimed social media books: ”Maximizing LinkedIn for Sales and Social Media Marketing” and “Windmill Networking: Maximizing LinkedIn.”

As a leading social media speaker, Neal currently speaks on social media at dozens of corporate, professional association, and online events each year. Since his first speaking event in July of 2009, Neal has now spoken at more than 200 events across 10 countries including the United States, Canada, Japan, Malaysia, United Kingdom, Germany, Austria, Denmark, Finland, and Romania.

In parallel, Neal continues to consult with, coach, and train clients on strategically leveraging social media for their business. Since launching his social media strategy consulting business in January, 2010, Neal has worked with dozens of companies, from small startups and solopreneurs to Fortune 500 enterprises and a Grammy Award-winning celebrity.

Neal works with clients seeking his social media expertise in the following ways:

Social Media Strategy Consultant – Neal works with companies in auditing their current social media efforts company-wide and creating a comprehensive social media strategy that aligns corporate objectives with the potential for social business. For smaller businesses who need to have an expert social media advisor on call for practical advice, Neal offers this service at reasonable rates to help as many companies as possible with their social media.

Social Media Speaker – Whether it’s a keynote speech, presentation for a professional association or a hands-on workshop for an internal audience, Neal delivers customized content with concrete takeaways to meet your needs.

Social Media Content Creator – Need a recognized social media author to ghostwrite or help in writing a social media book, ebook, whitepaper, or magazine article for your organization or enterprise? Neal is available for such work.

The 15 Most Influential Educators in Digital Marketing: 2015 (Online Marketing Institute)

Top 20 Marketers on Twitter You Should be Following (Nectafy)

20 Social Media Influencers You Should be Following on Twitter (NukeSuite)

Influence in Marketing: Our Top 30 (exoB2B)

Want to Learn More about Neal?
Check Out Some of His Interviews

Neal brings his passion, experience and creativity to help us embrace social media for our company. Neal’s energy and expertise prove to be critical for us as we developed our comprehensive social media strategy in a collaborative meaningful endeavor. We continue to consult with Neal as we navigate this new frontier of social media. Thank you Neal. – Ed Aschoff, CEO, Dansure

Best investment I made this year was hiring Neal Schaffer as a Social Media Marketing consultant. He’s brilliant, and a really good guy to boot. – Joe Rogers, CEO, American Joe

About two years ago we launched our company based on a business model recommended by Neal in a consulting engagement. The results have been fantastic. Based on Neal’s recommended social media strategies we have grown from zero members to the point where thousands of the key decision-makers in our industry are members and visit our website each day. Our revenues have exceeded many times our original goals. I can’t say enough about how much Neal’s work helped us getting to where we are today. – Rusty Braziel, President, RBN Energy

Selected Mentions of Neal Schaffer in the Media

LinkedIn “We Asked 10 Happy Marketers What They Love Most about Their Jobs” (February 14, 2017)

Convince & Convert “43 Expert Tips on How to Future-Proof Your Content Strategy” (December 13, 2016)

Hubspot “How to Build a Memorable Personal Brand on Twitter” (December 6, 2016)

Everyone Social “How To Establish Thought Leadership On Twitter” (September 20, 2016)

AdWeek “Marketers Are Getting the Snapchat Targeting Data They Want. Will That Scare Off Users?” (September 19, 2016)

Newsmodo “How to Channel Your Content through Social Media” (June 13, 2016)

Christian Science Monitor “How Twitter is Crowdsourcing Its War on Trolls” (June 11, 2015)

AT&T “Need To Be Convinced That Social Media Networking Is Serious Business?” (February 15, 2013)

Forbes “How to Power Your Professional Networking Through LinkedIn” (March 29, 2012)

Zendesk “Bad News Travels Fast: Why Social Media Needs to Be a Part of Your Support Strategy” (May 16, 2011)

Bloomberg BusinessWeek “Today’s Tip Why Your Business Isn’t Getting Leads From LinkedIn” (March 4, 2011)

Wall Street Journal MarketWatch “Blogging All the Way to the Bank” (January 12, 2011)

Glassdoor.com “Seven Steps to Power Up Your LinkedIn Profile” (January 3, 2011)

Social Media Experience Japan “Debate on Differences in Social Media Between US and Japan” [Japanese] (November 22, 2010)

Hubspot “Measuring the ROI of Your LinkedIn Efforts [Plus a Free Ebook]” (November 9, 2010)

Book offering advice on how to make business and professional networking on LinkedIn more effective wins multiple awards (May 17, 2010)

Maximize Your Social – The Book

We are located in the heart of Orange County, California, Irvine, one hour from San Diego to the south and one hour to Los Angeles in the north.

Need help with your social media? Tell us all about it by filling out our contact form.

Want to keep up with Maximize Your Social and Neal Schaffer? Follow us across social media!